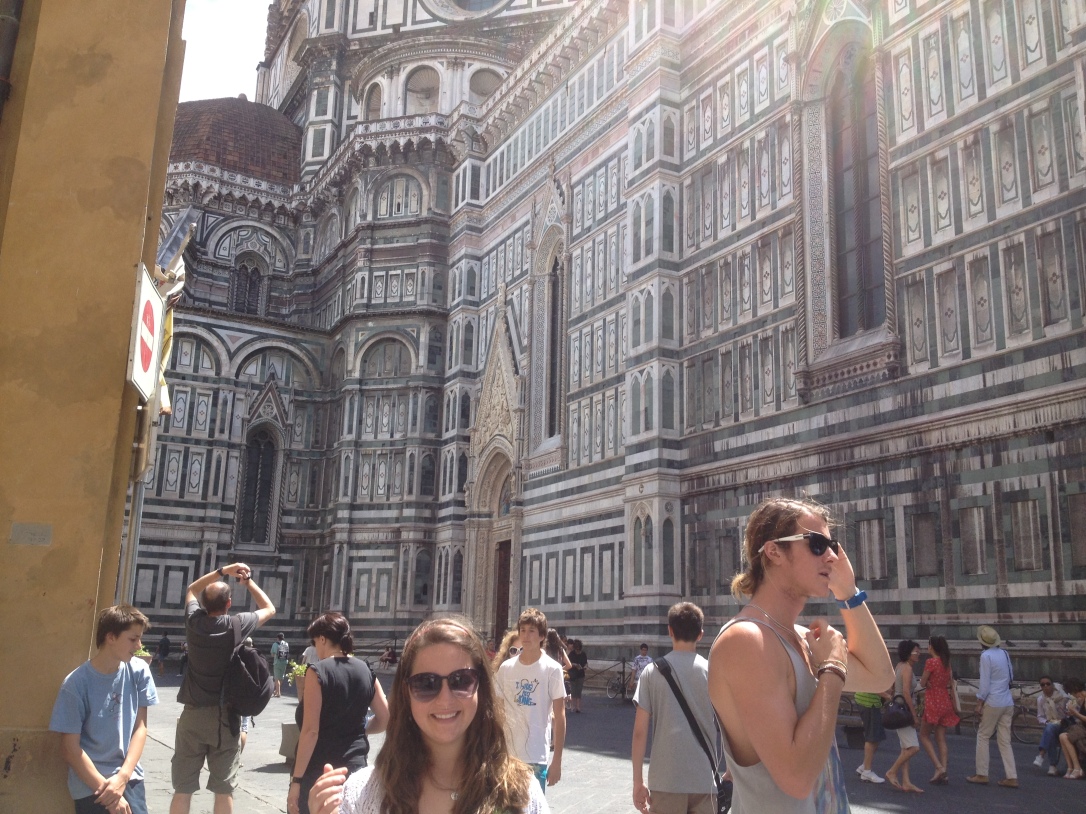 We took a train from Rome to Florence to do a bit of sightseeing on our way to Venice. Florence was gorgeous. This was the type of old city that you think of when someone says “Tuscany.” Old stone buildings, bridges over canals, people buying stuff in the street. It didn’t hurt that it was a bright, sunny day when we visited. Every sight I saw looked like a postcard. 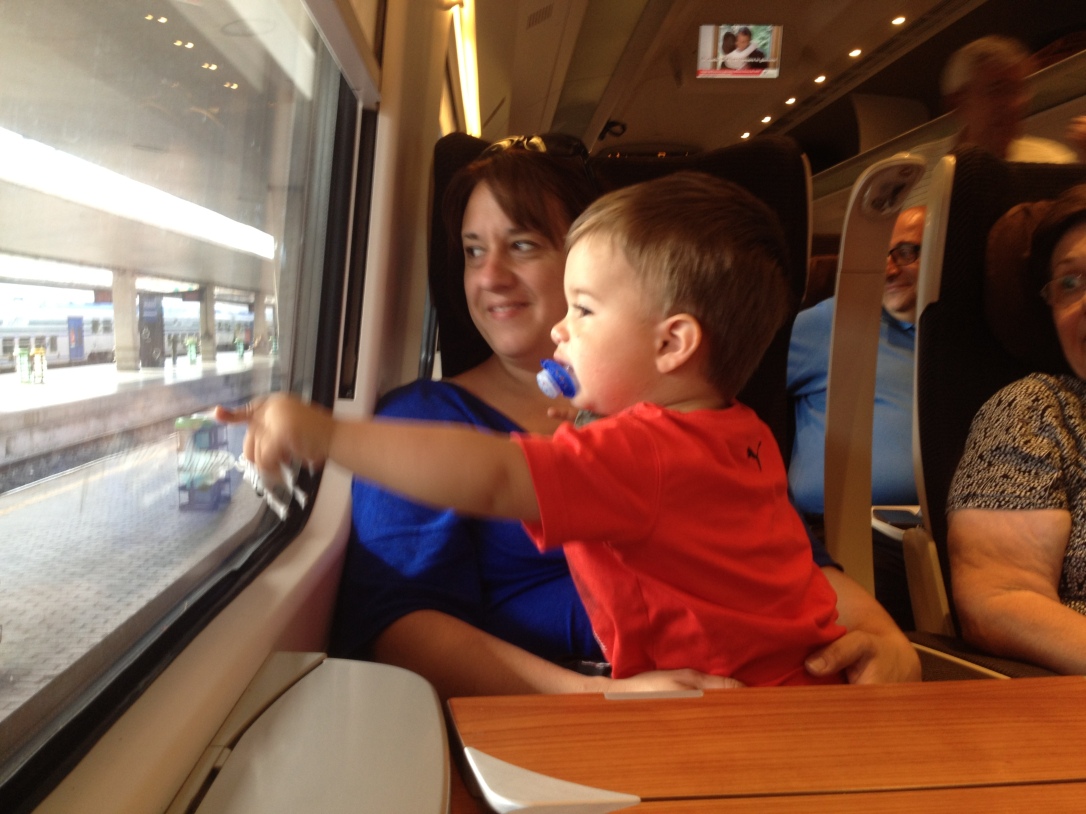 We only had a few hours until our train to Venice, so we had to soak in the city with just a little bit of time. We had reservations to see the Statue of David. He was pretty cool, for a statue of a tall naked guy.

Our next stop was lunch. We ate at an outdoor cafe right next to the Duomo, the giant cathedral in the center of the city. It was at this little cafe where I had the best pizza I have ever had in my entire life. It was about the size of an American “medium” pizza smothered in mozzarella cheese and dotted with a few slices of Italian sausage. It was so delicious that I ate the ENTIRE thing. That was the Italian food I was waiting for.

Our next stop was the Ponte Vecchio, which is the famous bridge in the middle of town. What’s cool about this bridge is that it actually houses a bunch of boutique stores. We were shopping on a bridge! It was on this bridge that I went into a jewelry store with Memere and bought my sunflower cameo ring that I wear every day. I still get compliments about this ring.

Okay now about the title story. Memere had specifically bought a baggalini crossbody bag for this trip because it had a security system in it. By security system, I mean a series of hooks that kept her wallet, keys, and other important items attached to the bag itself. This security system was supposed to keep her feeling safe as we were in Africa, a land apparently famous for thieves. Well, she survived Africa without a single incident.

As we were leaving the Ponte Vecchia, I could hear Memere, shouting from a few feet in front of us. “HE UNZIPPED MY PURSE! CATCH HIM HE UNZIPPED MY PURSE.” Memere finally had the encounter that her special security purse had prepared her for. Before the pickpocket could actually take anything, she was shrieking at him. Because we knew she was prepared, the spectacle was much more humorous than rattling.

We made a few more stops in the city. Matthew got to ride a merry go round. He picked the bench seat over riding a horse. We also spent an hour perusing the leather goods at the famous outdoor market. After an eventful morning and afternoon, we got back on the train and observed the Italian countryside from our train.