I had made it, almost two full weeks independently in Europe, first with Drew, then with the tour, then on my lonesome. Now the only thing I had left was make it back home. The first thing I needed to do was pack. This activity was a frantic one. I had to sit on my suitcase to close it. I broke my zipper on my backpack trying to close it. I literally broke a sweat while packing. It was hard work, and clearly I had bought too much stuff. Oh well. Better than paying for shipping.

I was stressing out about getting to the airport. All of the directions I’d found online had been crazy confusing. I was contemplating just taking a cab and shelling out 50 euros, but I was unsure about that as well. I went down to the lobby with my stuff and spoke to the concierge. I’d talked to him before about securing my room for my extra days, so I knew he was nice. I asked him what the best option was for getting to the airport. He told me I had two options. The first one was a cab. It would be even more expensive for this time of day, probably around 80 euros. Yikes. Then there was the train, for 12 euros. I’d looked online at the train, and it looked super confusing. I asked him what connections and stops I’d have to make. He looked back at me confused. “There aren’t any connections. Gentilly station is about a ten minute walk on this same street, it takes you direct to the airport.” Oh. Well that was a no-brainer decision.

I thanked him and made my way down the street. The walk was a bit treacherous with luggage, considering there were patches of cobblestone and curbs. It was kind of like a suitcase challenge course. I got to the station and the ticketing process was painless. I was on the train before I knew it. I looked up at the sign and then realized I was on the blue line that didn’t go to the airport. Go figure. I knew it had been too easy. I got off at the next stop and waited for the next train. This time the little light blinked, showing that this was the express train to Charles de Gaulle. Thank goodness. I sat down on the train, juggling a suitcase and a giant backpack. I eventually traded seats with a family so that they could have the 2-by-2 seated section and I could have the singleton seat with room for my bags. My suitcase fell over of course, and one of the ladies helped me pick it back up. Thank you, kind Parisian woman.

As we traveled, an amateur rapper joined us on the train and did a little performance for tips. He actually wasn’t bad, the flow anyway. He was rapping in French so I didn’t know what he was saying but it sounded nice. I paid him a Euro and he went off on his way to the next car.

I got to the airport and was greeted by a giant check-in line. Upon viewing the screens, I saw that my flight had been delayed by about 40 minutes. Magical. Whenever you have a layover and a connecting flight, the first thing you want to see is a delay alert. I got everything checked in, bought a sandwich at the food court area, and sat, waiting for the flight to board.

Before I knew it, I was on board my flight to Iceland. I was crossing my fingers that I’d make my connection. The stress of the day combined with two weeks of sleep deprivation was apparently all I needed to cure my distaste for sleeping on planes. I was asleep before we even took off.

I slept for about an hour and a half. Before I knew it, we were touching down in Reykjavik, Iceland. Pretty cool for a layover spot. I could see mountains and crystal clear lakes from my plane. Neat.

Conveniently, my flight to Boston had also been delayed. I had just enough time before boarding to go to the bathroom, grab a snack, and continue on my journey. While in line at the snack bar, I met another young female solo traveler from San Francisco who had just been in Paris. We shared stories while waiting in line. It’s cool how easily strangers become friends while traveling.

For the longer stretch of my journey, I was sitting at the window seat of my plane next to a woman from Groton, Massachusetts, rather close to Hollis. We also shared stories of Paris and shared our souvenir chocolate. She’s very nice. Talks back when I talk, lets me write when I’m writing. Perfect plane companion.

This takes me up to the present. I’m here, writing the last few words of my blog. I’ve got about two hours left of my flight, and am looking forward to getting back to my own home with my dogs and my bed.

I know a question I’m going to get when I get home: “So what was your favorite place?” The thing is, I could never decide. I had a conversation with Drew about this very problem. A quote, which is kind of a combined quote between the two of us, about each city that we visited was: “Apples, oranges, cherries… All of these places are fruit, and I learned that enjoy fruit.” That was truly the best way to describe it. Every place was different with their own charms and quirks. Comparing them would diminish those quirks. Special snowflakes, just like you and me. So, instead of listing favorites, what I decided to do was assign superlatives. I made up both some positive ones and some negative ones, just to keep things fun. In order of appearance:

London: Most things to do.

You could spend days in London and never get bored. I was there two full days and still felt as if I only scratched the surface.

London: Most Likely to feel like the United States.

Don’t get me wrong, London is absolutely gorgeous. But without the accents and the red phone booths, you might as well be in a cleaned-up version of New York City.

There really is no place on earth like Amsterdam. From the canals, to the architecture, to the nightlife, Amsterdam really is a place unlike any other.

Amsterdam: Most likely to scar you for life

You gotta be emotionally prepared for Amsterdam before you head in. Stuff goes down in Amsterdam. You know what I’m talking about.

Well I mean YEAH. It’s a cute little storybook town along the river! You almost expect the coo-coo clocks to come to life and sing you songs about German fairy tales!

Rhine Valley/St. Goar: Most pissed off by English Speaking Tourists

We were doing pretty well until we woke up the whole town on our way to bed. Whoops. Sorry, Bavarian townspeople.

Munich gets two because I love it. Best food. Oh yeah. Pretzels the size of your face. Schnitzel. Hellis beer. Radlers. My god, take me back. Also just loved how chill it was there.

Munich: Most likely to have an unfortunate encounter in a nudist park

Yep. Maybe Munich is a little TOO laid back.

Strudel=life. How do they make it so delicious? I want to replicate it on my own. What is your secret, Austria?

Innsbruck: Most tourists per square foot

The view from St. Mark’s Bell tower was really stunning, I’m so happy we went up there.

Yep. Those canals are gross. You think a gondola ride is going to be romantic, till you get close to the water.

Switzerland is the most beautiful place in the world. Tall snowcapped mountains and cerulean blue lakes, both dotted by patches of lacey edelweiss? How can you beat that?

When you’re the prettiest place in the world, you can charge double for everything. I mean everything. I didn’t even buy a flag there because it would have cost me 7 euros while all the others were tops 3.

Paris is just trendy and perfect and stunning. If cities were people, Paris would be a classy runway model who’s actually really nice too once you get to know her.

The minute you go down the metro steps in Paris, it’s like you’ve climbed down into the modern day catacombs.

This journey has been absolutely amazing. I’ve met people from around the world who will be lifelong friends. I’ve seen and done things that I’d never thought I’d get the chance to do. Thank you to everyone who supported me in taking this last minute romp around Western Europe. Thank you to my Contiki family, for being the best company I could have asked for. Thank you to Drew, who decided to be cool with me and book this trip on such short notice and be my buddy on the days when no one else would. And thanks to everyone who read these silly blog posts. It’s not the same experience to write for no one than it is to write for friends and family.

Until my next adventure, 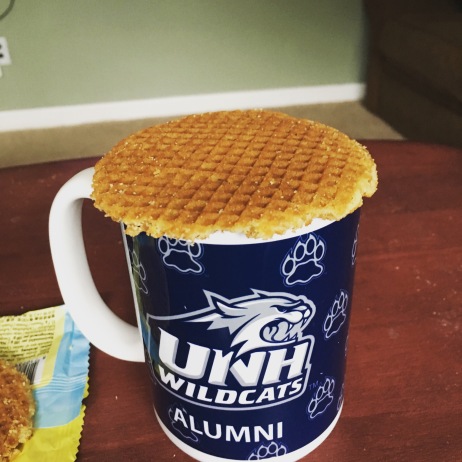